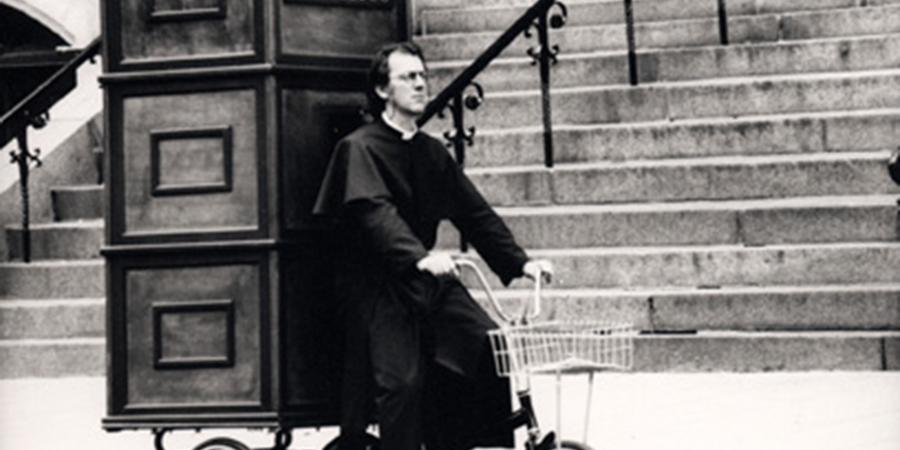 "Using guerrilla tactics and advertising and public relations techniques to make social commentary, Joey Skaggs carries on in the tradition of theater and satire while using the tools and technologies of the 21st century to communicate on a global scale. And he does so without breaking the law or taking money from unsuspecting people. In essence, he is an artist who uses the media as his medium to make a statement.

Joey Skaggs "Skaggs is a storyteller, myth-maker, skeptic, philosopher, writer, performer, and artist. His work is designed to rock the boat -- disturb, provoke, aggravate, and annoy the status quo, as well as to help make social change through awareness; expand people's understanding and tolerance of other cultures and concepts; and creatively inspire people towards self-empowerment. Skaggs holds a mirror up to society. He illustrates how hype, hypocrisy, propaganda and disinformation that is fed to the media is consequently fed by the media to the public. And he shows, by example, how vulnerable the public is to abuses of a media that is largely owned by giant conglomerate corporations for whom the bottom line is the first priority. Issues of misuse of power, conflicts of interest and the use of infotainment commercials as news, abound. While he makes people laugh, he also hopes to make them think.

"Skaggs' work is done in three stages. The first stage is the conceptualization and production of the hoax. He uses advertising and public relations techniques such as brochures, letters and press releases, as well as actors, props and convincing locations to fool the media. Skaggs builds intentional clues into each piece. This is his way of giving the media a chance not to be fooled. The second stage is the documentation of the performance. While the hoax is ongoing, Skaggs records the media and the public's responses, and collects the print, audio and video news clippings as he monitors the evolution of the piece. He observes what happens, who does what with the story and how it gets changed. The third stage is the exposé or revelation of the truth and the discussion about the issues underlying the performance. This is the most difficult aspect of the artist's work because the media doesn't like him pointing out their irresponsibility and lack of credibility. This is fully documented as well. It allows him to show how the media have changed the intent, the content and/or the meaning of the message, either by accident or by design -- and how the media deal with revealing the truth. This phase of the work inevitably offers insight into issues of the public's gullibility and irresponsibility in not questioning what the media has spoon fed them; and the media's lack of ethics and potential to misuse power. "