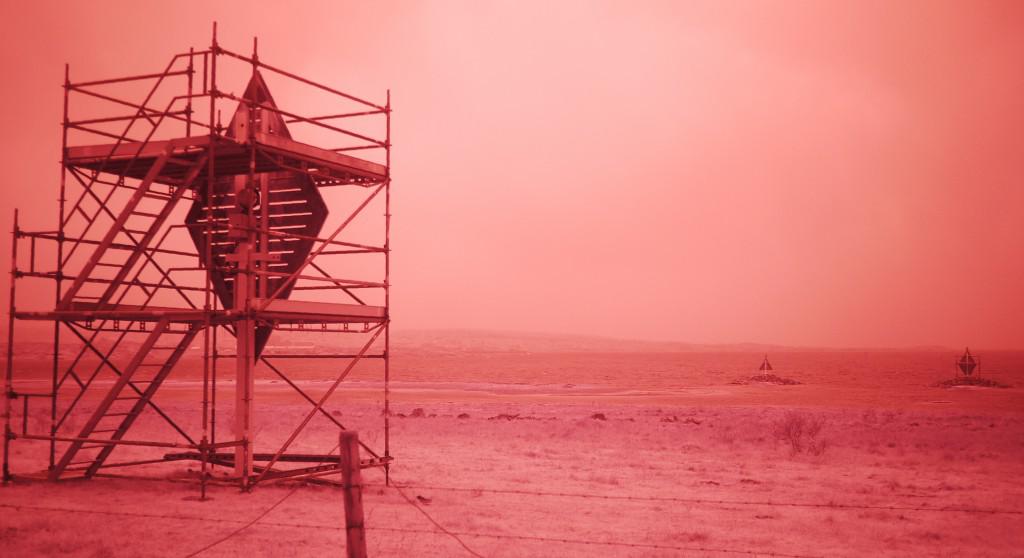 Internet Landscapes is a series of web-based artworks by Evan Roth that allows audiences to experience the Internet’s physical, digital and cultural landscape. Through a series of video works that bring together audio and video recordings charting the artist’s obsession with and journey to find the physical Internet.

In early 2016 Roth embarked on a pilgrimage to a number of landing locations in Sweden between Kungsbacka, on the south eastern coast, and Väddö, just north of Stockholm, documenting the surroundings using infrared video and binaural audio recordings. The use of infrared is in part a reference to the architecture of the Internet, which uses infrared laser light transmitted through fibre optic cables. While the audio monitors and records his heart rate, surrounding environment and fm radio waves. The result is a online experience that brings together these recordings, to allow you to meditate on the landscape and the internet as the video file transfers through the network from its’ host in Sweden to your screen.

For Roth, visiting the Internet physically is an attempt to repair a relationship that has changed dramatically as the Internet becomes more centralised, monetised and a mechanism for global government spying. Clearly seeing the infrastructure disappear underground and underwater also alludes to the slowly eroding optimistic and egalitarian values many of us attributed to earlier incarnations of the internet. Through understanding and experiencing the Internet’s physicality, one comes to understand the network not as a mythical cloud, but as a human made and controlled system of wires and computers.

For those wishing to delve deeper, clues are held in the url and source code signaling to the works origins and different readings.